Lance Mehl played eight seasons for the New York Jets. As what seems to happen with many Jets, when there is a good one, there is always something that curtails possible greatness. In this case it was a barrage of injuries. Two of the best games Mehl played before his injuries stand out to me. One of the greatest playoff victories I ever saw for the Jets, was when they beat the the Bengals in Cincinnati on January 9th, 1983. In that 44-17 victory,  the offense got most of the publicity particularly Freeman McNeil, Wesley Walker and Richard Todd. All of it was well deserved. But under the radar was the play of the defense and Lance Mehl. Mehl had 10 tackles that anchored a defense which stymied Bengals quarterback Ken Anderson. 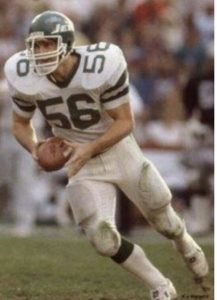 Lance Mehl was born in Bellaire Ohio on February 14, 1958. At Bellaire High School, he was a three-sport athlete playing football, baseball and basketball. Plus he was captain of all three teams. He then went on to play his college football at Penn State. In 1978, the Nittany Lions lost only once to Alabama in the Sugar Bowl. With players on their defense whose names you may recognize: Bruce Clark, Matt Millen and Paul Suhey, it was Mehl who led the defense in tackles. That year he earned 2nd team All American honors. In 1979 he was co-captain of the team.

After a stellar career at Penn State, Mehl was drafted in the third round by the Jets who took him with the 69th overall pick in 1980. The Jets were starting to accumulate a good group of talented players. Mark Gastineau, Joe Klecko, Wesley Walker, Mickey Shuler and others along with Mehl had the Jets moving in the right direction. Even though in Mehl’s rookie season the Jets were 4-12, fans got the feeling that a solid foundation was in the works.

The following year in 1981, the Jets lost the Wild Card playoff game to the Bills. The Jets linebacking corp consisted of Mehl who played on the right side and fellow Nittany Lion Greg Buttle on the left with Stan Blinka in the middle. The Jets front seven was more than just solid with these linebackers playing behind the Sack Exchange.

The 1982 season was shortened because of a players strike. Lance Mehl was becoming a steady player with a good nose for the football intercepting two passes in nine games. But it was the playoff game against the Los Angeles Raiders that Mehl played one of his best games ever. In fact it was one of the best games I every witnessed a Jets linebacker play.  The game was played in Los Angeles on January 15, 1983. The Jets and Raiders were rivals going back to the old AFL days. Raider owner Al Davis loved to tweak the Jets anytime he could, whether it was in the press or to his coaches and players. This game was a typical Jets-Raiders contest with the Jets getting a TD in the fourth quarter on a one-yard TD run by Scott Dierking. It was Mehl who was the real hero of the game. He had two key interceptions, a forced fumble that helped lock the game up. He personified the term “clutch” saving his best moments for the biggest game. Interestingly both of his interceptions came in the last three-minutes of the game. The Jets won 17-14, and for me, this game remains one of the top ten greatest games in New York Jets history. Unfortunately they lost in the AFC Championship game to the Dolphins who most people thought were an inferior team talent wise.

Mehl continued to play at a high level. In 1983 he led the Jets in interceptions with seven. And in 1985 he made the Pro-Bowl. In 1987 Mehl sprained ligaments in his left knee in a 37-28 loss to Miami. Mehl actually had injuries to both knees. In fact that year, the injuries were so bad for the Jets that six Pro-Bowlers who were starters missed at least one or more games because of injuries. No one can convince me there isn’t some hex or spell on my Jets with regards to injuries. But that is for another time.

The injuries took their toll on Mehl. After his 1985 Pro-Bowl season, he only played in 11 more games before retiring at 29-years old. Once he left football, Mehl got involved in a program helping young people called the CCAP program which stands for the Concentrated Conduct Adjustment Program which focuses on troubled youth.  He recently retired after working for the program in Belmont County, Ohio for twenty years. 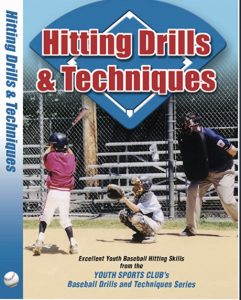 Looking back, in those five years from 1981-1985, Lance Mehl was the best linebacker the Jets had and one of their best in history. Other Jet linebackers such as Larry Grantham was fortunate to play at a high level for a long time. Bryan Cox may have had the best single season of any Jets linebacker I ever saw. But for balance and steady play against the run and pass, in those five years, Lance Mehl was great and really deserves more recognition.

In a Washington Post article by Gary Pomerantz that followed that great Jets playoff victory over the Raiders, it stated:

Mehl intercepted two passes in the final three minutes Saturday afternoon and the New York Jets defeated the Los Angeles Raiders, 17-14 before 90,037 at the Los Angeles Coliseum. The consequences of the interceptions were both serene and severe even though Mehl, 24, kept saying with the utmost modesty, “It was just a simple coverage where we drop back into zones…The passes were coming over the middle…so I just curled in and the ball was there.”

That was the New York Jets Lance Mehl, being in the right place at the right time. Only too short a time for Jets fans. 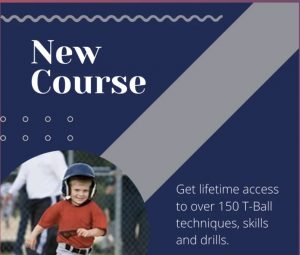 Click On The Register Tab & View The FREE Preview!