When drafting players, even with all the resources and analysis teams use, it becomes more of a crap shoot than anything else. Teams never know until the player hits the field, how they will manage the transition from college to the pros. Jets fans know this more than anyone. For every Quinnen Williams there seems to be two or three like Calvin Pryor, Quinton Coples or Blair Thomas. Freeman McNeil was a good draft pick and became a solid NFL player. In the 1981 draft, the Jets picked McNeil with the 3rd overall pick behind George Rogers (New Orleans Saints) and Lawrence Taylor (New York Giants).

Freeman McNeil was born in Jackson, Mississippi. His family moved to Los Angeles and he attended Banning High School. He led them to the

Los Angeles City football title. He attended UCLA and was an All Pac-10 selection and rushed for 3,195 yards and 21 touchdowns. He averaged an impressive 5.3 yards per carry and 10.2 yards per reception in his college career. When the Jets drafted McNeil, Jim Kensil was the general manager and Walt Michaels was the head coach. They were fortunate to have accumulated some talented players like Marty Lyons, Mark Gastineau and Marvin Powell. McNeil wasn’t going to a championship team but the Jets were talented, competitive and looked to be building a nice foundation. McNeil led the Jets in rushing his rookie year despite only starting 6 games helping to get the Jets back to the playoffs for the first time since 1969. But it was the next year (1982) that McNeil really came into his own leading the league in rushing in a strike shortened season. More on that season later.

Freeman McNeil had a unique running style. Where he may have lacked open field speed, he hit the hole as well as almost any running back who played the game. His receiving skills were every bit as solid as his running. In 1986 he had 49 receptions in only 11 games and his lifetime average per reception was 10 yards just about equal to his days at UCLA. To put that stat in perspective, Hall of Fame running back Emmitt Smith averaged only 6.3 yards per reception in his career and Barry Sanders averaged 8.3 yards per reception. It wasn’t just his running and pass catching ability but also his blocking that made Freeman McNeil a multi dimensional player. He made the Pro-Bowl three times and was first team All-Pro in 1982. He scored 50 touchdowns in his career. He is second behind Curtis Martin on the All-Time Jets leading rushing list with 8,074 yards.

In the 1982 season, the New York Jets were putting together a very good season. After splitting their first two games, the NFL players went on strike for 8 weeks. When the strike was settled, the Jets won their last 5 of 7 games. On January 9th 1983, the Jets traveled to Cincinnati to play the Bengals in the Wild Card game. The Bengals were 7-2 that year with Ken Anderson at quarterback who led the AFC in passing. The Jets were underdogs that day. It was an incredible game for the Jets and Freeman McNeil. It seemed everything was clicking the right way with holes opening up and McNeil hitting them perfectly. The Jets went on to win 44-17 with McNeil rushing for a playoff record 211 yards on 22 carries for a 9.6 average. His 211 total yards bettered a 20-year-old playoff mark of 206 set by Keith Lincoln of the San Diego Chargers.

I remember watching that game and despite the lopsided score, people forget that the Jets were actually behind in the game 14-3 after the first quarter. It was a perfectly thrown 14-yard touchdown pass by McNeil to Derrick Gaffney in the second quarter that shifted the momentum of the game. McNeil also scored a touchdown in the fourth quarter on a 20-yard run. If you could ever see a replay of the game, you will see one of the greatest games played by a running back in NFL playoff history.

The Jets went on to beat the Oakland Raiders the following week. McNeil rushed for 101 yards against the Raiders as the Jets won in a 17-14 thriller. 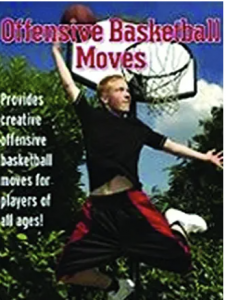 The Jets were then going down to Miami to play the Dolphins in the AFC Championship game. Don Shula observed how the Jets speed got their two playoff wins especially Freeman McNeil who rushed for 312 yards in two games. As the story goes Shula ordered the groundskeeping crew at the Orange Bowl not to cover the field that week and it became drenched with rain making it a muddy mess. Shula wanted to offset the Jets speed especially the running prowess of McNeil hoping to force Richard Todd to pass. The Jets lost 14-0 and McNeil only rushed for 46 yards on that frustrating day. It didn’t help that Richard Todd threw 5 interceptions but the Jets were set up to lose. And if the conditions were normal, I for one think the Jets would not only have won that game but were better than the eventual Super Bowl winning Washington Redskins.

Freeman McNeil’s career did not stop after the Mud Bowl. He continued his solid play and rushed for over 1000 yards in back to back seasons in 1984 and 1985. In 1985 he rushed for a career best 1,331 yards highlighted by a 69-yard run. 1988 was his last real productive season playing and starting all 16 games and rushing for 944 yards tying a career best 6 TDs, adding 34 receptions including one TD. Like many running backs, injuries began to take their toll on McNeil and he only played in 13 games his last 4 seasons.

Freeman McNeil is still connected to the Jets. In 2019 he was involved in the unveiling of the team’s new uniforms along with Curtis Martin in a function in midtown Manhattan.

McNeil was also the main plaintiff in the NFL Players Association antitrust lawsuit in 1990 fighting for free agency for players. This lawsuit ended the league’s “Plan B” free agency and the settlement in 1992 led to the unrestricted free agency system now a huge part of the NFL.

Freeman McNeil was as solid as they come as a professional NFL player. His all around play was excellent! He was a fan favorite who carried himself like a pro on and off the field. He was considered a humble person who was well liked by his teammates. He was inducted into the Jets Ring Of Honor in 2011. For everything he accomplished it will always be that January day in Cincinnati that will be tattooed on all Jets fans memory who witnessed one of the greatest playoff games ever played by a running back! 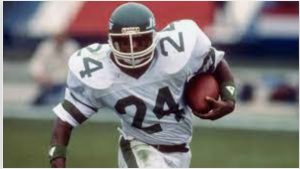