“I keek a touchdown”

Right now we are getting close to crunch time in the NFL and the draft. Zach Wilson had his pro-day last Friday and everything is trending for the Jets to draft him. After that pick, look for Joe Douglas to go heavy with the offensive line.The two top offensive line talents Penei Sewell and Rashawn Slater will be gone by the time the Jets pick with their second first round pick at #23. Other names we’ll hear as we get close to the draft will be Christian Darrisaw (Virginia Tech), Alijah Vera-Tucker (USC), Teven Jenkins (Ok. St.), Jalen Mayfield (Mich.), Alex Leatherwood (Ala.) plus a bunch more! With the offensive line, the Jets got lucky with a thick group of talented players available. Defensive backs are another story where it is thin. Joe Douglas will land some good talent with the amount of picks the Jets have this year. But one question looms that I have heard very little discussion. Why has very little been written or said about the Jets kicking situation? Ever since Mike Maccagnan let Jason Meyers go back to Seattle as a free agent, the Jets kicking has been as bad as what is happening at quarterback and the offensive line for the green and white. The last few years names such as Sam Ficken, Brett Maher, Kaare Vedvik, Sergio Castillo, Chase McLaughlin and Chandler Catanzaro have kicked for the Jets or have come close. I might be missing a dozen or so names but who's counting. Each one of the above has not distinguished himself on the field. And while I am normally nervous about field goals, the last few years the extra point attempts had me watching with a hand over both my eyes at times. What the heck is the problem with getting any kind of reliable kicker? The last kicker I felt any confidence in was Nick Folk and I couldn’t understand why he was gone. We all know that kickers are like relief pitchers. Great one year...garbage the next! It is hard to get good ones. Hard for anyone not named the New England Patriots. Adam Vinatieri kicked for the Patriots from1996-2005. And without missing a beat, Stephen Gostkowski kicked for them from 2006-2019. Over two decades of solid kicking. And I mean field goals, extra points, kickoffs and a few onside kicks mixed in.

My memories of Jets games are not as good as other fans. But the 2005 playoff game against the Pittsburgh Steelers is tattooed in my brain, up there with Pete Rozelle saying, “The Jets take with their first round selection, quarterback.... Ken O’Brien  of California Davis.”  In that Steeler game, kicker Doug Brien missed field-goal tries of 47 and 43 yards in the final 2:20 of regulation. Herm Edwards wasn’t much help either calling an inexplicable QB sneak for -1 yard before one try. Kicking is and has been a huge part of every NFL football game. And with the extra point moved back and new kickoff rules, it may be more important than it was 20 years ago.

With all the talk about skill positions and the offensive line. Joe Douglas has to get a reliable kicker. Last year’s punter Braden Mann was a good pick and was having a very good year until the last 5 or 6 games. But I predict he will be a solid punter for years. Douglas cannot overlook the kicking game and must evaluate any free agent kicker left.

If Joe Douglas wants to draft a player, here are the top three college kicking prospects I took right from Walter Football (www.Walterfootball.com),  one of my favorite draft sites:

McPherson was superb in the early going of 2020 before not closing out the season as well. He was 15-of-19, including a 55-yard field goal with room to spare, but he missed a long field goal against LSU that would have produced overtime. McPherson was very good as a sophomore and freshman, duplicating his numbers of hitting 90 percent (17-of-19) each season. He had a long of 48 in 2018 and a long of 50 in 2019. McPherson could have returned to Florida, but he entered the 2021 NFL Draft.

Borregales was very good in 2020, connecting on 90 percent (18-of-20) of his field goals and making a long of 57 yards. He hit both of his attempts over 50 yards and was 8-of-10 in between 40 and 50. Borregales was much more accurate than in his junior and sophomore seasons. His career earned him an invitation to the Senior Bowl.

Patterson hit 70 percent of his field goals in 2020 and made a long of 56 yards, but he was more accurate as a junior, when he had a superb season in which he connected on 23-of-25 attempts with a long of 52 yards. That season, he was a perfect 6-of-6 in the 40-yard range and 5-of-6 in over 50. His strong career at Memphis earned him a Senior Bowl invitation.

The Jets cannot go through another season like last year with kickers missing extra points as well as easy field goals. Quarterback will be the most important decision for Joe Douglas in his short GM career but he has got to improve the Jets kicking game. If by some miracle we get to the playoffs in the next few years we cannot have another Doug Brien repeat!

..…Disappointed Jets missed out on one of the top offensive lineman but solid free agents. Love the Justin Hardee (DB, ST) and Tyler Kroft (TE) signings…..With all the QB movement and teams trading up and down, there is a thin market to trade Sam Darnold. Might have to take a conditional 4th or 5th…..After a solid 8 games his rookie season, and a short 2020 season, I still like the desire DE Kyle Phillips showed…..I still don’t know what people see in WR Vincent Smith. I don’t see much…..Barry Jackson of the Miami Herald says the Dolphins are out of the Deshaun Watson sweepstakes and are committed to Tua Tagovailoa…..Regarding the 49ers moving up to #3, the Michael Giardi reports that the Patriots still have an eye on Jimmy Garaoppolo…..Ex-quarterback Chris Simms QB rankings: Zach Wilson, Trevor Lawrence,  Mac Jones, Kellen Mond, Justin Fields, Trey Lance…..Jets Rewind Podcast co-hosts Ralph Sharaga and Ray Clifford were right all along telling the audience and me weeks ago the Jets won’t get more than a 4th for Sam….. 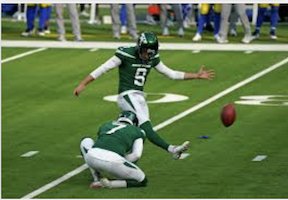