We all have favorite players in sports. For me growing up it was Mickey Mantle in baseball, Willis Reed in basketball and Joe Namath in football. Then we have second tier favorites. Mine was the New York Jets Al Toon. The grace that he exhibited on the football field was amazing to watch. Al Toon was born in Newport News, Virginia on April 30, 1963. In high school Toon was an incredible athlete at first competing in track and field with the triple jump as his best event. This led to a tryout with his high school football team and his career began. He then went on to the University of Wisconsin at Madison and lit it up on the football field. He set career records playing for the Badgers for receptions (131), receiving yards (2,103) and TD catches (19). Besides football at Wisconsin, Toon continued his love for track and field setting Big Ten and school records in the Triple Jump. He also qualified for the Olympic Trials in 1983 in the 110 high hurdles as well as the Triple Jump.

The Jets selected Toon in the 1st round of the 1985 NFL draft. He was the 10th overall selection. He measured 6-foot-4 and weighed 205 pounds. In his rookie year he was a starter in 8 games and still was second on the Jets in receiving. He played only 8 seasons playing in 107 games. Toon would use his large physical stature and jumping prowess to position himself to make tough catches. He gained a reputation for going over the middle not being afraid of getting hit instantly after the catch most of them in heavy traffic. This bravado to make the tough catches led to a streak of injuries causing him to retire too soon. In all, Al Toon says he has had 9 concussions and developed vertigo and had a difficult time of it for a while. It was a catch he made on November 8th, 1992 when he was hit from behind by linebacker Michael Brooks of the Denver Broncos. The hit was not really violent by NFL standards, but Toon described feeling like he was hit by a truck. A few weeks after that hit, he spoke to a number of Doctors and after going through tests, Al Toon announced his retirement. It was much too early for a 29-year old to retire with the amount of tread he had on his tires and his talent. But a human being’s health is the number one concern of everyone. No one can blame Al Toon for giving up the game he loved and excelled at.

To watch Al Toon play football was to see a combination of a talented ballet dancer and a world class runner whose route running was second to none. Toon had the unique talent of catching the football with a defender right on him and somehow he would create space almost instantly then add extra yardage on the play. The fact that he did take ballet classes was very evident if you watched every one of his receptions like I have done.

Al Toon led the Jets in receptions for 6 straight years. He was a very good blocker who never spiked the ball after he scored. He made the Pro-Bowl three times and also made All Pro three times. In 1986 he was named the AFC Player of the Year. That year he had 85 receptions for 1176 yards and 8 TDs. He led the NFL in receptions in 1988 with 93. Toon is one of two retired players in NFL history to play fewer than 110 games and still record over 500 receptions. The other is Hall of Fame receiver Kellen Winslow Jr.

As one of my favorite all time Jets players, Al Toon is one of those people I put in the “what if” category. What if the Jets had drafted Dan Marino instead of Ken O’Brien? What if he played for NFL coaches other than Joe Walton and Bruce Coslet? And most important what if he played in a time when they had the concussion protocols they have today?  Despite just playing in 107 total games Toon is 4th on the Jets all time receivers list in games played. He is behind Don Maynard (172 games), Wesley Walker (154 games) and Wayne Chrebet (152 games). He is 3rd all time for receptions with 517 behind Don Maynard (627) and Wayne Chrebet (580).

New York Jets fans today cannot really appreciate only how good Al Toon was as a football player but how much better he could have been if some of his circumstances were different. Hall of Fame Jerry Rice came into the league around the same time. After Rice’s first year his numbers were from another planet. Interestingly I remember it well that both players were talked about in the same breath for about three or four years. From 1985 to1989, Toon had 355 receptions compared to 346 catches for Rice.  Rice’s career continued to skyrocket while Toon’s career because of injuries was almost stopped dead in it’s tracks. I would loved to have seen how Al Toon would have done with that great 49er team consisting of Pro-Bowlers up and down their line up. Can you imagine having Marino or Montana as his quarterback for a 15-year career and seeing the production numbers he would have had? Too many times in sports the best talent is cut short by injuries.

Al Toon was inducted into the Jets Ring of Honor. The player who never showed off, never spiking the football and carried himself with class for the short time he was in the NFL was also selected to the Jets All-Time Four Decade Team. And he was well deserving of this honor! 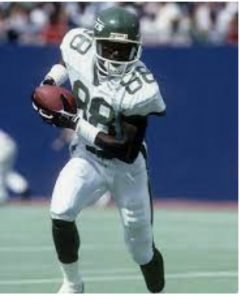 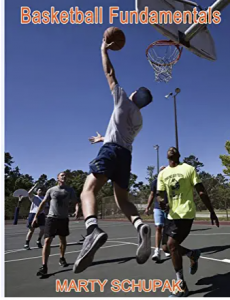 Your kids may never miss another foul shot!