Last night I sat down on my couch with my legal pad and numbered each line 1-32. My snack of choice this year was a glass of milk along with four graham crackers. Plain but it filled the need. Jets fans knew Zach Wilson would be their first round selection. This baby faced, slightly framed BYU quarterback bounced on the stage high fiving Jets fans who got up close. You have to love his moxie and confidence. Last year’s BYU stats:

33 TD passes (and only three interceptions)

These are impressive enough but won’t mean a thing next November if he has a five interception game and gets replaced in the fourth quarter by a yet to be determined back-up QB. Patience is something that New York and New Jersey sports fans don’t want to hear. In fairness most rookie quarterbacks struggle early on. I remember the line by Chad Pennington when he said:

“All of a sudden, and I can’t explain it but the game itself slowed down for me and I was able to see and understand things I couldn’t see a week before.”

We expect a lot but to be fair, let’s look at the stats of some first year rookie quarterbacks.

Right now we are in the honeymoon period and Zach Wilson looks like the right pick but so did Sam Darnold. Until we see some positives on the field will we be able to judge him. As hard as it is Jets fans, this will not happen overnight and we have to be somewhat patient. As I said before, if Zach Wilson’s first pass is a pick six, I will get worried!

Last year Joe Douglas took Mekhi Becton at left tackle and this year he solidified the left side of the line taking AVT (Alijah Vera-Tucker). He played tackle last year but is truly a guard in the spirit of a player like the Colts Quenton Nelson. Not in the same league but very close. In trading up for this pick Joe Douglas saw the board for offensive lineman was very thick this year. With that said the space between Penei Sewell, Rashawn Slater and AVT gets wider and wider talent wise after these three. By moving up Joe Douglas knew the Raiders had their sights on AVT and snatched him away. Take that Gruden/Mayock! There is a new sheriff in town. Idzik-Macaggnan be damned!

Around The Rest Of The League

…….My Giants fans were calling me drooling, hoping to land Heisman winner Devonta Smith. Of course the hated Eagles ruined their day. I pointed out how Gettleman did well trading down but my good friend Lenny Kaye said it may not mean anything because there is a good chance Gettleman will be gone…..In my notes I wrote that three teams reached: Raiders with Alex Leatherwood, Giants with Toney and the Packers with Stokes….Don’t know what to make of Patriots Mac Jones. My Podcast co-hosts Ralph Sharaga and Ray Clifford don’t think much of him as an NFL quarterback. We’ll see…..LA Chargers went from the worst offensive line to now having one of the best with free agency and the draft. I don’t bet, but if the odds are good, put a shekel or two down for them to make the Super Bowl…..Close friend and devoted Cowboy fan Jack Cordaro and I both agreed the Broncos took CB Patrick Surtain 2nd before the ‘Boys had a chance to select him…..

Joe Douglas had to give up both third round picks to move up to get AVT. I would look for the Jets to somehow get back into the third round by trading back in the second. But there is one player, Notre Dame linebacker Jeremiah Owusu-Koramoah who is still available. If The Jaguars don’t take him then the Jets have got to pounce on this guy. If they do trade back and get back into the third round, some second day players I like are:

Hopefully the second and third round won’t be dragged out like the first round was. A friend of mind reminded me when we used to go down to the draft in New York City, there were no more than 50 spectators and the whole deal was done in a day. Those were the days! Enjoy day two and watch closely how Joe Douglas builds a foundation. Go Jets! 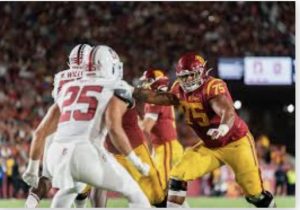