The Jet-Patriots game seems like it can go a couple of different ways. The Patriots, coming off a tough overtime loss to the Dallas Cowboys might take it out on the Jets and show the NFL world they are not dead yet. The Jets with a bye week off, seem to be talking with confidence. Listening to players and the coaching staff, they sound like they are trying to convince both the fans and themselves that they found the problem and have the answer to the slow starts by the Jets on offense. I for one will believe it when I see it. And the injury news from Jets camp is not good. Okay Marcus Maye is back but CJ Mosley was listed as doubtful for the game and now Tevin Coleman is questionable. If Mosley is out, BB and Mac Jones will pick apart the Jets linebacking crew dinking and dunking. If Mosley is playing it may not matter.

On the Patriots injury report CB Jonathan Jones is out as well as rookie CB Shaun Wade. With Jones out, this depletes an already weak Pats secondary. Make no mistake the Patriots can be thrown at but Zach Wilson has got to be better on his short passes. I would look for the Pats to throw 8-9 players up in the box and blitz the heck out of Zach Wilson. Mike Lafleur will probably want Zach Wilson to get rid of the football quickly but the Patriots will hurry this strategy hoping to cause mistakes by Wilson and the Jets.

The Patriots play a bend but don’t break defense. If you saw the Dallas game, the Cowboys won the time of possession 39:17 to 26:51 while out snapping the Patriots 82 plays to 50 plays. Going into the game every fan, beat writer and social media expert is saying the same thing. The Jets need to get the football to Elijah Moore and put Denzel Mims on the field.

They have to develop a short game with drives. The Patriots and BB aren’t dumb. They read the papers and follow everything the Jets may want to do. I would not necessarily follow what everyone is saying with the short stuff. I would do more 11 personnel which is 1 running back, 1 tight end and 3 receivers. If the Patriots are giving the long pass, I would take it. Keep the tight end in to block. The Jets receivers are not as good as the Cowboy receivers but they can outdo the Patriots secondary. Jets coaches should not get obsessed with Zach Wilson’s short pass issues. He will overcome this. Force the play on the opponents weakness and it is the Patriots secondary.

With regards to the running game, I would try to get it going and not quit on it too early. The Jets offensive line has improved since the beginning of the season especially rookie left guard Alijah Vera-Tucker. The initial thought is to run to the Jets strength over the left side. BB knows this and he will be overplaying that side. He is sharp on picking up strengths and weaknesses of opponents and knows the weak link on the offensive side is right guard Greg Van Roten. He will try and force the Jets to run the ball over him. It is a good opportunity for a counter or a reverse. If the Jets see Elijah Moore is isolated with one defender, I would go to him on an audible every play unless they put cornerback JC Jackson on him. Speaking of Jackson, this guy is an interception machine and Zach Wilson should throw away from his side all game. Remember that Jackson intercepted Wilson twice in the first game. And I agree with most Jets fans that Denzel Mims has got to get on the field.

Summary: Don’t fall into the Patriots hands and discount the big play. Historically they are patient and watch their opponents shoot themselves in the foot. If the big play is open, take it!

The running game is the key for the Patriots. Damien Harris has looked good this year. Rookie 4th round draft pick Rhamondre Stevenson out of Oklahoma scored his first touchdown against the Cowboys. I expect to see him rotating a little more with Harris. The Jets have to wrap up these two. I would blitz a little bit. Ashyton Davis seems to just miss on a couple of blitzes. If his timing is right, he may be the guy to get a good shot at bringing down a very immobile Mac Jones. Look for BB to exploit the Jets linebackers with or without CJ Mosley. Expect to see a screen pass and draw play clinic that the Jets have got to react to. When Quincy Wilson is in there, look for the Patriots to run a reverse with wideout Nelson Agholor. I love Wilson’s aggressiveness but he is going to get burned.

The Jets secondary should play tighter coverage. You cannot give Mac Wilson and the Patriots receivers a 10-yard cushion. The Jets have got to force Jones to try and throw deep. The longer he is in the pocket, the better chance for the Jets defensive line to disrupt his timing.

Summary: Mac Jones is highly accurate, short and long. Think blitz and pass rush. The Jets have got to stop the run and force Jones to pass. The Jets defensive line has the advantage over the Patriots offensive line. Again the key is to wrap up the players with the ball. Arm tackling will lose this game.

Let’s think outside the box. How about a fake punt or fake field goal? This can work against the Patriots. I want Robert Saleh to show some guts in this game and be aggressive. And try this: Naked backfield and a quarterback sneak. Zach Wilson should follow McGovern wherever he goes and slide feet first.

…..Shaq Lawson has shown me nothing! I would give Tim Ward some more repetitions….Some whispers that the Jets are one of the teams monitoring Josh McCown and his status. Love to bring him on the coaching staff…..How can one really judge how good or bad the Jets defense is with all the three and outs?…..The Nov. 2nd trade deadline is approaching. Marcus Maye & Jamison Crowder are names mentioned to get moved. A dark horse may be Morgan Moses with all the OL who have gone down this year…..Most Jets fans are hung up on utilizing Denzel Mims. To me it’s Elijah Moore we have to get more involved…..RB Michael Carter is getting real close to breaking one….Alijah Vera-Tucker missed all of preseason but he is making huge strides every game….The tight end and back-up QB situation continue to loom as a present and future problem this season…..Ashtyn Davis is a step away from making some big plays. Hopefully it is only timing…..Is there no one on the roster or in the league better than RG Greg Van Roten? He gets pushed back like he is on roller skates…..I still can’t figure out what is wrong with recently cut RB Josh Adams…..Nathan Shepard is a disease. Give rookie Jonathan Marshall a shot…..Keelan Cole has been impressive with a small sample size…..Early Draft Watch: Offensive Line: Tyler Linderbaum, Iowa, Evan Neal, Alabama, Kenyon Green, Texas A&M…..Early Draft Watch: Tight Ends: Jeremy Ruckert, Ohio State, Jalen Wydermyer, Texas A & M, Isaiah Likely, Coastal Carolina…..Speaking of the draft, Ole Miss quarterback Matt Corral has been the most impressive QB in college this year….I went to the Pro-Football HOF two weeks ago with Podcast          co-host Ray Clifford. A very good time that all NFL fans should take in at least once in their lifetime….. 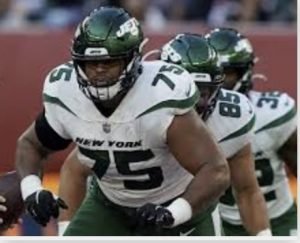 The most creative tee ball video made!