Post Super Bowl, the real off-season begins for the Jets and all the other NFL teams. The Jets will have a lot of questions to answer. Did Zach Wilson show enough the last 4 games? Should the Jets draft 1 or 2 WRs to give their young QB some weapons? What round should the Jets draft a tight end in this tight end heavy draft? Is Braxton Barrios worth the high numbers that are floating around or should the Jets move on from him like they did Andre Roberts? Will the Jets move on from other players such as Keelan Cole, Jeff Smith, Dan Feeney, Morgan Moses, Folorunso Fatukasi and Sheldon Rankins just to name a few? 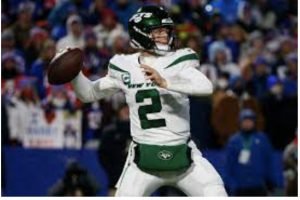 There are loads of decisions the Jets have to make. On March 14 the Jets can contact unrestricted free agents. Joe Douglas has got to do a better job than he did last year. His draft was excellent but the free agents who became Jets did not work out as expected. I know I say it every year but the 2022 draft for the Jets is as big as any in the past. Take a peak at the Jets draft situation:

They have 9 picks in the first 160 picks which is great but this must translate into good currency unlike the 2020 draft. If the Jets come up with less than 4 starters from this years draft, I would be nervous if I was the Jets GM. I expect JD to try and trade down with one or both of the Jets first round picks and accumulate draft capital. The problem is I can see almost every team trying to trade down. Let’s face it, this is not a strong year for QBs. The good news is that even with this weak QB class, there has always been a tendency leading up to draft day for teams to get quarterback crazy and get a desire to move up. As of right now Bleacher Report lists seven teams that are most likely to have a new quarterback in 2022. They mention: Carolina, Denver, Detroit, Houston, the Giants, Pittsburgh and the 49ers. I’m not sure about the Giants but I’d add Tampa Bay and maybe Washington. And if you want to include teams with just a slight chance of getting a new QB you may want to include: Miami, Atlanta, Cleveland, Philadelphia and even Indianapolis. In this quarterback driven league teams are hungry for the next Tom Brady or Joe Burrow. If it does happen that more than one team begins to fall in love with either Kenny Pickett, Malik Willis or Desmond Ridder, this will bode well for the Jets.

I have always been a huge believer in trading down and accumulate picks but this year it makes more sense than ever. I watched Senior Bowl week, game film of prospects and read reports. My own analysis with the 2022 draft is that with prospects ranked 11-38, there is not that big of a difference in talent. Trade down Joe! 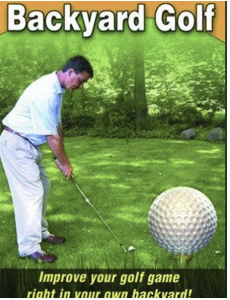 Weekend Golfer? Reduce your strokes with the #1 golf video in the world:   Backyard Golf

When one looks at how quickly the Bengals turned their franchise around it is somewhat incredible. Joe Douglas is always trying to convince fans that he wants to build within the trenches. But to be honest I hear every GM say that. Jets fans have to careful trying to compare their team to the Bengals. When Joe Burrow came into the league, he lit it up prior to his injury. Zach Wilson is still a work in progress.

Watching tape, following Senior Bowl week and listening to the McShays, Kipers and Jeremiahs, every fan becomes a general manager and knows what is best for their team. Right now I would love for the Jets to stock up on weapons for Wilson in addition to making the OL stronger. Tyler Linderbaum, the gifted center from Iowa has been mentioned on Jets message boards since September. He is a relentless interior blocker who is smart and loves the game of football and would be a nice pick. Ikem Ekwonu from NC State is another good one. Known now as Iki, he can play guard or tackle and has a mean streak. Talking about mean streaks Trevor Penning the tackle from Northern Iowa wowed people in Mobile and when JD spoke to him in plain view, this was trending with Jets fans big time. I am not a huge fan. His nastiness may result in Penning being a penalty machine and another Ndamukong Suh who is an incredible talent but loved to step on players with his cleats just for fun. The massive tackle from Alabama, Evan Neal is another name tossed around. Again his tape is good but I would pass on him. If offensive line is where JD wants to go, I’d stick to Linderbaum or Ekwonu (Iki).

This class is loaded with wide receivers. I’m fascinated with the quality of these great athletes. I put together my top 11 but of course this will change with the combine and pro days coming. Here they are:

Since meeting Jets Rewind co-host Ray Clifford who lives in Ohio, his “Buckeye” blood has rubbed off on me. Garrett Wilson is on the top of my list. His teammate Chris Olave does not get enough love and besides precise route running his speed is underrated. The big framed Treylon Burks from Arkansas does things no one on this list can do. I watched him light up Alabama catching 8 passes, 2 TDs and with four 'Bama NFL prospects in the secondary not being able to cover him. My eye is also on Georgia’s George Pickens who is coming off a big injury but his tape is outstanding. He may be a steal if he gets to the 3rd round but is more likely to go in the second round. I also love Jahan Dotson from Penn State who is not big but plays big with a tremendous catch radius. And contrary to some Jets fans Dotson is not an Elijah Moore clone. Christian Watson increased his stock during Senior Bowl week. Purdue’s David Bell is someone no one mentions but he does everything very well.

Remember this last off-season the Cincinnati Bengals had a chance to draft offensive tackle Penei Sewell but went with LSU’s Ja'Marr Chase. That worked out great for Joe Burrow and company.  If it was me I would try to get two wide receivers within the first three rounds. If it can ever happen, Garrett Wilson and Treylon Burks would be on my wish list. Plan “B” for me would be Jahan Dotson and Christian Watson.

…..Tight End Trey McBride had a great week but might have been the most overhyped player in Mobile. Jeremy Ruckett (OSU) and Jalen Wydermyer (Texas A & M) are good alternatives….. DB Ahmad Gardner from Cincinnati is #1 on my list of DBs…..Jets are 5th in cap space behind Miami, LA Chargers, Jags & Bengals. What all 5 have in common is QBs on their rookie contract….People I speak to tell me with the salary cap increase, most teams will try to sign their own free agents. All those Jets fans who want Dallas TE Dalton Schultz wearing green and white, I don’t think it happens…..I would entertain a 2 year deal for URFA Chandler Jones…..If the Jets tender QB Mike White for a 5th round pick, chances are another team signs him….Jets at #4 & #10 in the draft would have been better if it was in 2023. That QB draft class will be one of the strongest in a long time. The picks would have more value….. Don’t be surprised if Edge Kayvon Thibodeaux drops to the Jets at four….The new salary cap is said to be $208.2 million a 14% increase from $182.5…..If Jets fans think Denzel Mims can turn it around. Forget it! His football IQ was exposed too many times…..More on the NFL salary cap, 3 teams are said to be in “cap hell.”:Dallas Cowboys $21.1 million over, Green Bay Packers $46.3 million over and the New Orleans Saints a whopping $76 million over the cap….Joe Douglas is taking too much garbage for his 2020 draft. I’d give him a break and judge him on drafts after Adam Gase left. I tend to think Gase who helped JD get his job had some influence in that draft….. 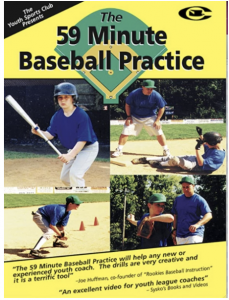 The most popular baseball

instructional video ever made!

Marty Schupak has been a New York Jets football fan since 1964. His blog and Podcast are both at: