When I was a kid, one of my favorite movies was the Abbott and Costello classic “Hold That Ghost.” Bad guys are trying to scare the boys out of an old house they inherited so some hidden money would end up in their pockets. They do everything to spook the boys trying to convince them the house is haunted with ghosts. For years it seems that the New York Jets were trying to scare me out of being a Jets fan. Moves like drafting Vernon Gholston, Kyle Wilson, Quinton Coples, Stephen Hill, Dee Milliner, Calvin Pryor, Jace Amaro, Darron Lee and Christian Hackenberg can scare anyone. Having John Idzik then Mike Maccaggan as general manager will have the hair stand up on anyone’s neck for days. And hiring Adam Gase as head coach and playing Luke Falk at quarterback gives nightmares for weeks on end! 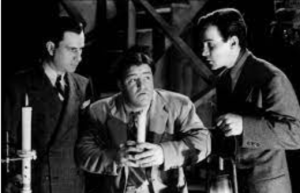 The Jets cut Bless Austin who I was not a fan of and decided to go with the rookies they have on the team to play in his spot in the secondary. On top of that the Jets plan to start two rookies at linebacker, Jamien Sherwood and Hamsah Nasirildeen. Talk about a potential horror show! A couple of Podcast shows ago one of my co-hosts Ralph Sharaga called starting a 5th and 6th round rookie in the NFL a “leap of faith.” Ralph nailed it! Both Sherwood and Nasirildeen looked way over their heads in the first half of the last exhibition game against the Eagles. One of the most satisfying occurrences in sports is when your team develops a player within the organization. When a baseball player comes up from a team’s minor league and turns into a good ball player, fans love it! I love it! Nothing would make me happier if Sherwood and Nasirildeen turned out to be the second coming of Bryan Cox!

If you go to the Jets web site and look at their depth chart, they have Bryce Hall at one cornerback and the other cornerback is left blank. No kidding! Another scary item.

When we did our recap of the Eagles game, we each picked two players we thought played themselves off the team. One of the players mentioned was Isaiah Dunn who looked awful the last two preseason games. And now lo and behold he may be starting in the NFL. Robert Saleh said earlier in the summer something to the effect that young players don’t get enough repetitions in training camp with the first team. He has said there may be some hidden gems that get passed by. This does not resonate with me and like with the linebackers, I hope I’m wrong and Echols, Dunn and Pinnock turn out to be stars! One thing I’ll add is that if you are a bettor (I’m not), bet the over on most Jets games. There will be a lot of scoring and a lot of angst in my living room. Oh Chuck!

A few days ago both Robert Saleh and Joe Douglas spoke how the process of building this team will take time. They will not make decisions for the short term sacrificing building a solid franchise for the long term. This sounds great in theory but it all sounded to me that both punted on the season and subtly gave all Jets fans a warning that the Jets are in a rebuilding mode and this will be a long season. In their defense the damage done by John Idzik and Mike Maccagnan set the New York Jets back years. Bad draft picks will be a catalyst for other bad decisions. When NFL teams consistently miss these high picks, it forces them to make knee jerk decisions (a la Trumaine Johnson signing) to please the fans and save their jobs. But long term, the affect paralyzes teams from making any foundational strides.

On the other hand I want my coach and general manager to have the goal and state it to their fans that:

In 1998 the St. Louis Rams were 4-12. The following year they were 13-3 and won the Super Bowl. It is highly unlikely the Jets will even sniff the playoffs but stranger things have happened and I want my team’s staff to believe it is possible and that is the goal. All I know is if your goal is just to improve you will probably not make the Super Bowl. If your goal is to make the Super Bowl, you will have a much better chance. Many of you probably know the story of the late college coach Jim Valvano. He took time in practice to have his team cut down the net so they know what it is like to win the NCAA championship and envision it. He wanted to condition his players to be winners! That’s what I want. Improvement yes, winning better!

The Jets Roster Is Set! For Now!

The NY Jets roster is set but it will be constantly changing. I’m glad they got QB Josh Johnson back. He is the only player not named Zach Wilson on the roster who resembles a quarterback. Mike White has been unimpressive and James Morgan is gone which is no great loss. I was surprised they exposed running back Josh Adams but got him back on the practice squad. The Jets are keeping 7 receivers one of which is Jeff Smith who had had a very good camp. I’m not convinced Jamison Crowder will be a Jet all season and he was just tested positive for Covid. The starting offensive line looks good if Alijah Vera-Tucker pans out. It is the depth that is horrific. Dan Feeney is not good and Chuma Edoga hasn’t shown much. After trading tight end Chris Herndon, the position is thin. Tyler Kroft has both made plays and dropped easy passes. I don’t think Joe Douglas is through with the tight end position. On defense I mentioned the concern with the rookie linebackers. I would start Blake Cashman. The secondary remains sparse. If the Jets front four doesn’t get a good pass rush, there will be a lot of scoring. I mentioned to Ray Clifford on our Podcast the possibility if the defensive backs are getting torched moving one of the slot defenders, Javelin Guidry or Michael Carter II to the outside. Challenging but it may be worth a try. Matt Ammendola kicked himself onto the team with a solid preseason. Some of the practice squad players I’m glad they signed: Josh Adams, Vincent Smith, Kenny Yeboah, Grant Hermanns and Tanzel Smart. Hermanns played offensive tackle at Purdue. He held his own on running plays but was lost on pass blocking. If he can get better at that skill, he has an NFL future. Tanzel Smart plays defensive tackle, the deepest position on the Jets. He has incredible quickness off the ball and I predict he will be brought up during the season.

The personnel will change. Let the games begin. The Zach Wilson era starts in a little over a week. 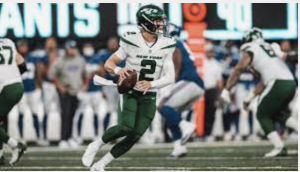