"A soothsayer bids you beware the ides of March.”

As we approach the first real fun day of the NFL year, March 17, (2 days after the true ides of March) Joe Douglas, Robert Saleh and the rest of the Jets brain trust will begin to hear rumors mixed with truth from agents, the media and maybe even soothsayers. The 2021 NFL league year officially starts at 4pm ET on March 17. Before that date there is activity in the NFL but that is mostly for teams to designate or tag Franchise and Transition players. For me it is March 17. We all remember when Rex Ryan showed up at Bart Scott’s door at his home in Owings Mills Maryland about 10 seconds after free agency started. It was a great move with Rex and the Jets landing Scott. I’m not sure if Robert Saleh will show up at Richard Sherman’s door mirroring the Rex-Scott scenario but there is no doubt the Jets will be active in free agency in 2021. The Jets will probably have to overpay this time around for the players they want but that’s because they are coming off a 2-14 season with the quarterback situation still not decided. You can call it a “Jets Tax” whether fair or unfair.

The one thing Joe Douglas should not do is sign players they don’t want because they lost out on the players they really want and need. The past track record of the Jets has not been real good. Teams can miss in free agency just as they can miss in the draft. The biggest difference is the draft salaries are slotted already. If you go big in free agency and miss, you are usually committed for a lot of money for at least two years. And there is a huge signing bonus. When the Jets signed Trumaine Johnson in 2018, the deal was a five-year $75.5 million dollar contract. The amount of guaranteed money for the 28-year old cornerback was $34 million which he received at the signing of the contract. We all know how that signing ended up. One of the worst free agent signings in the history of the NFL. In all fairness to Mike Maccagnan, Johnson was thought of very highly by not only the Jets but by other teams. It didn’t work out. Going back further, in 1996 the Jets signed Steeler quarterback Neil O’Donnell to a five-year $25 million contract and he only started six games during a 1-15 season. He was eventually cut by Bill Parcells. Not all Jets free agent signings have been horrible. In 1998 they signed Seattle free agent center Kevin Mawae to a five year, $17 million contract. Without a doubt the Jets got their money’s worth. The same can be said when they signed Alan Faneca, Vinny Testaverde, Calvin Pace, Bryon Cox and even Curtis Martin who was technically a free agent with a “poison pill” put in the contract by the Jets. For every one of the free agents that worked out, it seemed they were outnumbered by names such as: Damien Robinson, Sam Cowart, Justin McCareins, Kimo von Oelhoffen, Curtis Conway, Spencer Long and Dimitri Patterson. There are more names if you go further back. The point is free agency can be as much as a crap shoot as the draft but even more expensive.

Last year Joe Douglas took a lot of heat for taking too many “second tier” free agents. In retrospect, Douglas was looking ahead and had a plan. Except for Connor McGovern, the money committed wasn’t excessive and he is able to roll over some of the money for 2021.

Here is my free agent wish list for Joe Douglas:

I expect to JD to make a huge play to sign one these two guards which I already wrote about: I don’t see him trying to sign both of them. If there is one “big splash” signing, this is it.

Green Bay center. He is 30 years old but is a solid center. Rated as one of the top in the NFL, Linsley only gave up one sack last year and did not have a penalty. PFF (Pro Football Focus) gave him an impressive 89.9 grade. If he signs, the Jets can move Connor McGovern to guard.

This Green Bay running back is as underrated as they come. He is 25-years old and can both run and catch. His efficiency is off the charts for a back-up. This would be a great signing for the Jets.

The Carolina receiver started slow his first two seasons but has improved every season he has been in the NFL. His catches his first four years have gone up, 15, 39, 54, 77. I want players that get better every year and stay on the field. And Samuel can stretch the field.

This edge pass rusher was on the Jets radar last year. He was franchised last year after a 9.5 sack season in 2019 (had 6 sacks in ’20 missing 2 games). This 28-year old two time Pro-Bowler is my type of player. In five years he has only missed four games and seems to be peaking.

This center would be a depth signing. This un-drafted free agent signed by the Ravens was on track to become a real good player. In 2017 he started 12 games. In 2018 he was the starting center all 16 games. In 2019 he started the first 11 games then got injured. Last year was a tough year botching 3 snaps on Sunday football against the Patriots. He was eventually placed on the Covid-19 list. A chance signing, but a good risk/reward and he was captain when he played at Duke.

49ers Robert Saleh is a player’s coach. He is revered by a lot of his former players. Here are the unrestricted free agents from the 49ers to keep an eye on:

Others to keep an eye on: Carl Lawson-Edge, Jayon Brown-LB, Romeo Okwara-Edge, Trey Hendrickson-Edge, Will Fuller-WR. There are more but this is the list I think Joe Douglas will work from.

There may be an Allen Robinson but I don’t think Douglas will spend big on a wide out. Curtis Samuel would be a better choice. There are no soothsayers or a Brutus to advise the Jets. Joe Douglas has my 100% confidence. Let the free agent period begin!

…..The Jets have to lock up Marcus Maye either with a long term contract or a franchise tag…..I’m told by the analytic people that guard Alex Van Routen’s play improved during the year. I only go by my eyes. Every 3rd or 4th and short, he stunk! Cut him!…..I’m not in love with bringing in Richard Sherman but if JD wants to change the culture, Sherman and Joe Thuney are a must…..The Titans cut WR Adam Humphries. He had 2 injury filled years but I consider him a poor man’s Julian Edelman. In ’17 & ’18 he had 61 and 76 receptions. JD should kick the tires…..Is it me or did it seem like Jets rookie Mekhi Becton was in the tent too many times…..In addition to the Jets free agent busts mentioned above, some think Darrelle Revis second stint was up there as one of the worst…..Has anyone given an explanation why Jets 4th round pick, guard Cameron Clark never saw the field last year?…..The good money says the Jets keep Sam Darnold. But that can change…..Alabama QB Mac Jones is moving up the draft charts every day. Some now have him projected to go as high as #5…..Florida TE Kyle Pitts is an incredible offensive weapon. He is a hybrid type who can split out wide…..Mary Kay Cabot, a reporter in Cleveland is reporting that Jets WR Breshad Perriman is on the Cleveland Browns radar…..Sportsbooks seeing jump in sharp money on the Jets to win division, the AFC and even Super Bowl due to Deshaun Watson rumors…..Dolphins cut Kyle Van Noy. At 29 I really like him….I wonder if Seattle second guessed themselves giving up what they did for Jamal Adams? Ironic if Marcus Maye makes more money than Adams in 2021…. 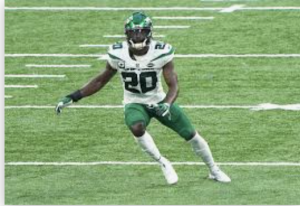